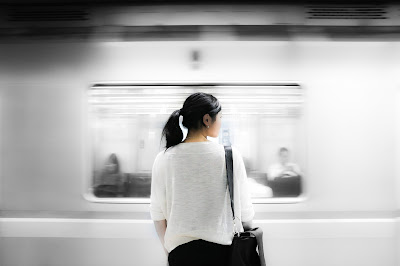 If you Google "uncertainty," the definition you'll get will probably look something like "the state of being uncertain." It might sound weird to define something using that word itself, but it's easy enough to replace "uncertain" with "unsure."

Often, we act to fulfill the responsibilities we have, or think we have, in line with various societal roles we play. Mother, Doctor, Friend, Sister are just some of the ones that come to mind. However, how often do we allow ourselves to find a purpose that allows us to act in line with our true selves, to epitomise authenticity?

According to the Hindu religion, "Swadharma" is the very essence of what you are, and can loosely be translated to "our duty." For example, the swadharma of sugar is sweetness. Take that sweetness away, and is sugar really sugar anymore? Acting in line with your swadharma, with your true nature, leads to peace, joy and happiness. However, acting in a way that isn't true to this leads to uncertainty and unhappiness.

When we find the meeting point between our personal passions and inherent aptitudes, we start to act in ways that are more in line with our true natures. We start to do things that make us happy, and not necessarily things that we are expected to do. How often have you met people who are unhappy just at the thought of going to work everyday, and see their work just as a means to an end? These people take little or no pleasure in the process of work itself. On the other hand, some of us may have been blessed enough to encounter those rare individuals who seem to have found work that they are passionate about, that is meaningful to them; a vocation, if you will. What would you do everyday if you were given the chance to do so, without pay or recognition?

I've been fortunate enough to encounter such people, who have been able to live and work in ways that are true to themselves, who find joy in what they do, not just because of the pay cheque they may or may not get at the end of the month. As a matter of fact, I'll be featuring one such individual on the Kenyan Nomad later this month!

How many of you have heard of the concept of flow? Also known as "being in the zone," this is a feeling of being fully immersed in the task at hand, a feeling of energised focus, of full involvement and enjoyment in the process of the activity. Often enough, we find ourselves in this state when we are engaged in activities that are in line with our swadharma, so to speak. Extensively researched by Mihaly Czikszentmihalyi, this is a concept that I first came across a few years ago during my first Psychology class. I won't go much into detail on this concept, for the simple reason that there's a great article written by a fellow Sewanee alum, Will Harper, on his site, that I think you should all read: A Flow Primer.

Take a moment to question yourself, really look deep within, and find out what it is you are meant to be! 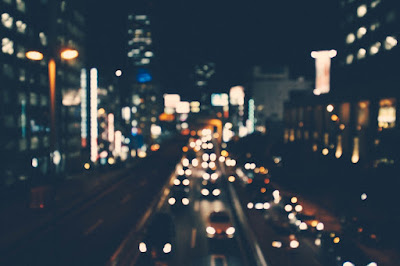 Posted by The Kenyan Nomad at 8:06 PM

you are a great writer!

Coming to you from The Blogging Elite link-up!
This is a wonderful piece of writing - I LOVE the concept of Swadharma. It's beautiful!
Thanks for such a lovely post.

"What would you do everyday if you were given the chance to do so, without pay or recognition?" - I am adding this to my bank of clarifying questions that I ask students- thanks for this, Roshni! Keep thinking, loving, being awake- and writing!

Thanks Elizabeth! I hope it provides them with some clarity. Miss you :)