Nick Ndeda: The Person behind the Persona (part 2)

I hope you all enjoyed getting to know more about our favourite radio personality in my previous post. Without further ado, here’s the next part of this! 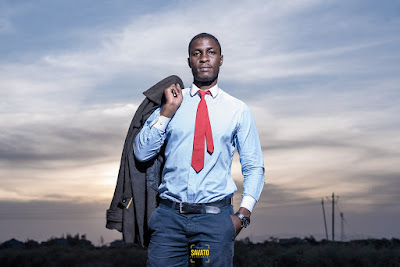 When asked who Nick Ndeda is, his answer was very simple - an artist. Over the many years that I listened to his show, I always admired the fact that he’s always had great rapport with and empathy for your listeners, and had to ask where this came from:


Thank you. I think it stems from the fact that I love listening to people. I like hearing how they articulate/express themselves (something I also selfishly use for my acting) and also, given the fact that I am the one who controls the show and thus have unlimited airtime (so to speak), I realise the importance of gravity of a listener getting some time to shine.

Nick attributes his key successes (professional and otherwise) to discipline.

Discipline. It’s got very little to do with talent. We are not special as professionals, it is what we do that is special. So I worked damn hard preparing and practicing, so that when it’s time to go on air/stage/set it looks easy. It’s all about discipline. And practice. That’s what makes Cristiano Ronaldo Cristiano Ronaldo you know!!


In terms of role models, in life, Nick looks to his parents and siblings due to their belief in being good people, doing good to others, and always putting in 100% in whatever you do.

Speaking of role models… Nick has been one to many over the years. Reflecting on this, he observes  “that everyone is afraid of their dreams and that’s ok. I get the reason why. It could all blow up in your face and you end up looking like an idiot. Embarrassment is up there next to crucifixion when it comes to things we as humans fear I’d like to think. So, I always try my best to show that the risk is worth it. It may not go as planned (as life always seems to be) but it’s worth giving a shot.”

Journeys always come with surprises, and when asked about his, Nick remarks that he didn’t expect to be on radio for so long, much less end up assisting in production and other spheres such as presenter training! In his words, “However, to see Mwalimu Rachel (NRG Radio), Ciru Muriuki (BBC) and Amina Abdi Rabar (NTV/Capital FM) shining as bright as they do, then that’s great pat on the back for me!” 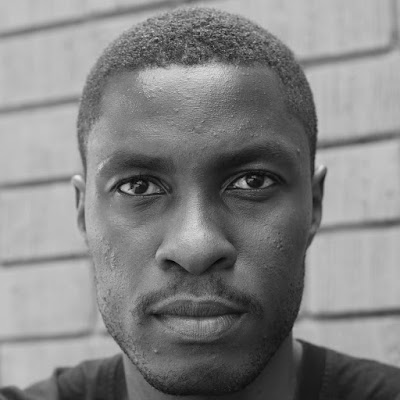 What are the three most important principles Nick believes a leader should live by?
Being an example

Correcting by not condemning

What’s the best advice someone ever gave Nick?
“If it ain’t fun, run!”

My former director Neil Schell from the TV series “Higher Learning” once told me this on set and I have never forgotten this gem. Real talk!

Let’s just say Nick got a sudden million dollars, his to do with as he pleases, no questions asked. What would be the top three to five things he would prioritise, and why?
1. Build a HUGE house because I need the space for my cats, future dogs, future birds, fish and turtle

2. Build a house for my parents and my wife’s parents because parents!

4. Trips to islands because I love me a beach

5. The rest of it I would put into making movies because Kenyan movies are always lacking in the budget department

If Nick was invited to give a TED talk, what would it be about?
It would be called “Do what the fuck you want, as long as it's legal”, and it would be about listening to your inner voice. It’s never wrong and when you calm the noise outside and listen keenly - all the answers are there. Thank you for coming to my TED talk!

What are the top three books Nick recommends to others?
1. The Power of Your Subconscious Mind by Joseph Murphy

2. The Power of Now by Eckhart Tolle

What is Nick’s biggest source of strength?
Belief in myself. If I can see myself do it in my mind, then I can execute it perfectly in the “real world”.

Does he have any success rituals he swears by?
Meditation

Writing down goals for the day each morning

If you could have a dinner party and invite any three people, dead or alive, who would they be?
Marilyn Monroe

Posted by The Kenyan Nomad at 10:00 AM No comments:

Nick Ndeda: The Person behind the Persona (part 1)

For those of you who aren’t familiar with Nick Ndeda, I should give some background. Nick was a presenter on my favourite radio channel, X FM, and I’m a huge fan. His morning show coincided nicely with my morning commute to work for many years, and I absolutely loved listening! He combined some great music with a genuine connection to and empathy for his audience – many a morning found me venting to his breakfast show WhatsApp about traffic (often) and humanity (sometimes).

Unfortunately, circumstances meant that Nick had to leave his morning show to move to an afternoon show within the same radio network (you’d better believe this was a huge shock and disappointment to all his loyal fans!) I decided to take the opportunity to ask for an interview – and I definitely fangirled HARD when he said yes! 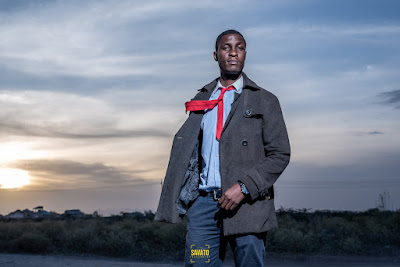 Nick’s early background
Nick grew up in a small nuclear family of three brothers and their parents. He describes his eldest brother Jeremy as being the brightest academically, along with being a school captain, leading to a lot of “Why can’t you be more like your brother Jeremy?” as he grew up.

His second-born brother, Innocent, is a whizz at anything mechanical or computer-oriented – as a result of which, he became the go-to kid for fixing anything electrical. Nick observes that his parents were always stunned by Innocent’s skillset – and rightfully so! He went on to become one of the youngest systems administrators for a huge bank when he was just 28.

Nick, being the last born out of three (much like myself!), found himself with perfect examples to sculpt his aspirations. Their greatest link as brothers, though, ended up being the fact that they all had artistic inclinations. As Nick says, “Jeremy was a dope rapper and writer – he went on to become a really cool radio presenter till the day he died; Innocent can draw, paint, and rap; and I loved acting and generally performing in front of an audience (despite my obviously shy demeanor as a child!).”

Their parents encouraged all of them to follow what they loved, which is how Nick ended up pursuing a career as an actor before radio came calling.

Nick’s (formal) education
After finishing high school, Nick wanted to get into acting, and his parents agreed to give him a year to go after his dreams – with one caveat. If he was unable to find work as an actor (after all, he was only 19 and in Kenya), he would join university. He spent that entire year going for auditions and failing every single one.

Finally, his year off came to an end, and time came to apply for admission. Coincidentally, on the same day he submitted his admission forms, he auditioned for a play and won the part.

After that first play, directors and fellow actors began recommending him and his acting career begin to take off.

He did still go to uni though, where he pursued a double major in Journalism and Psychology and minored in Spanish and Industrial Psychology (phew!!)! After all… the forms had been filled, and the admission fee paid!

When I asked Nick how (or even if) his education prepared him for the real world, Nick said:

At the beginning of my third year on campus, my eldest brother Jeremy, asked me to accompany him for a radio presenter audition. While there, I was convinced to try it out myself and I got the job! Working on radio whilst learning about it in theory in class worked to my advantage. I was able to have “work experience” as I learnt and this helped me wash away the BS that can sometimes cloud your mind when you are only confined to books, libraries and lecturers when it comes to your opinion of the workforce as well as the workforce environment.


Nick’s work background
As far as radio is concerned, Nick started at Homeboyz Radio in 2007 where he was the stand-in Breakfast Show host, as well as host for a daily interview-oriented show about youth empowerment. After leaving Homeboyz, Nick joined Hot 96 in 2010, where he not only became the youngest breakfast show presenter EVER in Kenya (he was 25!), but he was also the Deputy Programmes Controller (yes, at 25!).

He took a short break from radio in late 2011 to late 2012, in order to do some acting out of the country, and then moved to XFM in 2012 where he hosted the breakfast show for 7 years until the station was closed in early 2019 (moment of silence, please).

In acting, Nick has had the honour of acting in over 50 plays since his stage debut back in 2005. He has played supporting roles in huge TV shows like ‘Jacob’s Cross’ (M Net), a popular South African series in 2012. He played a lead role in a local TV series, ‘Higher Learning’ (NTV) in 2010, a lead role in the MTV series ‘Shuga’ in 2012, and most recently, played the lead role in the critically acclaimed movie ’18 Hours’, which won best movie in Africa last year (!!!) at the Africa Magic Viewers Choice Awards.

His latest venture is playing a supporting role in the popular telenovela ‘Selina’ (Maisha Magic East).

Currently, Nick is an afternoon drive-time show host on Kiss 100 FM. He got there because they closed the station he was at, but the station’s parent company (Radio Africa Group) decided to ship his talents to another one of their stations (I hear fans breathing a collective sigh of relief).

Acting wise, all Nick told me that he’s looking forward to his next project (contracts don’t allow him to say much, much to our dismay!)

I asked Nick about what roles he previously played that he enjoyed.

1) On radio, hosting XBRKFST on XFM was a dream come true because I always wanted to work in that station and when you dream hard enough, and keep the faith, it always manifests.

2) On stage, I absolutely loved playing the role of “Henry” in a play called “Freefall” It was a tough character to muster, and the physical transformation made me love it even more. I had to put on a shave that made me look 10 years older and adapting mannerisms that were so unlike me in person. I mean, isn’t that what makes acting awesome?!

3) On screen, it has to be the role of “Angelo” on MTV Shuga. I got to show off my rapping skills (yeah, I rap too just like my brothers, because we listened to a lot of great hip hop growing up).

We’re not quite done yet! Stay tuned for part 2 where we’ll get to know Nick a little better.

Posted by The Kenyan Nomad at 10:00 AM No comments: