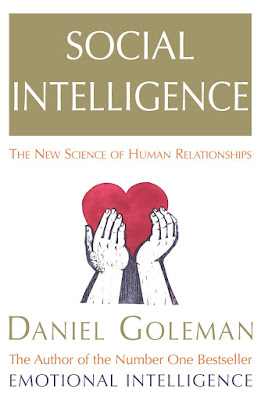 I first read Daniel Goleman’s ‘Social Intelligence’ in December 2015, on a year-end trip with my parents. I enjoyed it then, and have intended to revisit it since.

I’m not quite sure what took me so long—I finally picked it up a few weeks ago and finished it this weekend—but I’m glad I read it at this point, as it was incredibly timely. This is not only because COVID has changed social interactions and connections in an interesting way, but because over the past year or so, I’ve been thinking about connection and trying to be more deliberate about this.

If I was to sum up the central theme of this book, it would be this:

Our social intelligence, which Goleman organises into two categories (social awareness, what we sense about others, and social facility, what we do with this awareness), is something that is shaped by our backgrounds, our cultures, and our pasts, but it can also be worked on through our lives. This does require a degree of deliberation, but its payoffs can be huge. Working on and applying social intelligence can have lots of benefits to us and those around us; on the flipside, neglecting it can have detrimental effects.

It's important enough to share, so I won’t paraphrase. Here is how Goleman breaks down the components of social intelligence:

Social awareness refers to a spectrum that runs from instantaneously sensing another’s inner state, to sensing her feelings and thoughts, to “getting” complicated social situations. It includes:

The following is a (by no means comprehensive) list of my reflections inspired by this book, and built on by thinking about the content and speaking to others:

Posted by The Kenyan Nomad at 9:36 PM No comments: 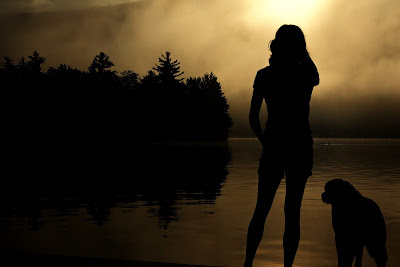 If you’re here, I’ll assume you’re already aware that 2020 has been quite a shit-show. It seems as though every day, one wakes up to crazier and crazier news, till the temptation to bury one’s head in the sand and hibernate is almost irresistible. I won’t debate how much of the craziness is due to unavoidable circumstance, but it’s definitely true that a lot of it is due to human beings’ inability to be kind, courteous, and unselfish (y’all know who I’m talking about).
Before I delve in, a caveat. The ability to take 2020 and learn something from it is definitely due to the privileges I’ve been afforded so far, and some of these lessons will not resonate with others for the same reason.
Here’s what I know so far:
1. Life refuses prediction. How many of us, when asked what we thought our 2020s would hold, would have been able to accurately predict the future? This craziness aside, I look back at my life and see a pattern where some of the best things that happened to me (best either at the time, or due to what they taught me) were things I couldn’t have planned for. And for someone who loves planning and being control, this isn’t easy to accept!
2. When people show you who they are… listen. I’ve found that I tend to hold on to an idealistic sense of who the people in my life are, based on who they used to be, who I want them to be, or sometimes, even my own projections. However, I’m not the only one! I’ve seen my best friend do this recently too, and it’s easier to look in a mirror when you have external examples to reference. 2020 has been a perfect way to do a people test, if you will – sort of like if you’re on a first date at a restaurant, how does the other party treat the staff?
This year, human rights issues have been at the forefront. We’ve watched as the rights many take for granted – to live, to love, to exist, to be, to have control over our lives and our bodies – have been curtailed or infringed upon, either due to COVID-19, related responses, and worst of all, people believing they have the right to decide for others. Pay very close attention to how those around you have interacted with, talked about, and responded to these issues. Pay very close attention to those around you who HAVEN’T interacted with, talked about, and responded to these issues. Let go of your ideas of these people and see them without a biased lens.
3. Trust your instincts. This has shown up weirdly for me this year, in terms of the people I’ve chosen to spend time with and the opportunities I’ve chosen to pursue. I won’t – or can’t – give much more detail on this one, but there’s something I was exploring earlier this year. Around the time when I had the choice to dig deeper or pull away, my instincts FLARED up and I decided to pull away. I was still in two minds, though, until others reached out weeks after to confirm what I’d felt. I now look back and realise that the instincts I’ve had in the past, that I’ve sometimes felt guilty about, probably weren’t leading me the right way… and I should have just listened rather than try to rationalise.
4. Be kind. I’m not sure I had fully appreciated the value of kindness till this year. It was something that existed, that was missed when I didn’t see it, but maybe not something I dwelled on as much. However, this year, I’ve seen the value in kindness to self, to others, to the world we live in. I’ve been inspired by tales of kindness from various places, and I’ve come to prioritise this value as a filter for people and situations I choose to spend time and energy on.
5. As long as you’ve done your best, there’s power in surrendering to the outcome and the unknown. There are some of you who’re reading this who’re probably cheering at this right now, but it’s a lesson that’s taken a while for me to absorb (and I won’t say I’m 100% there)! This probably goes back to my first point, but I’ve realised that a need for control paradoxically erases control – as soon as you’re in an unfamiliar situation, you flounder and feel more out of control than you ever did. If you learn to ride the flow and embrace the unknown – you’ll never truly be out of control. There’s a lot this year that’s happened that I didn’t necessarily plan for, but that I’ve accepted, and found myself happier/ more at peace because of it.
There’s definitely more but this felt like a good stopping point for now. I’d love to hear from you – what has growth and learning looked like in 2020?
Posted by The Kenyan Nomad at 8:46 AM No comments: