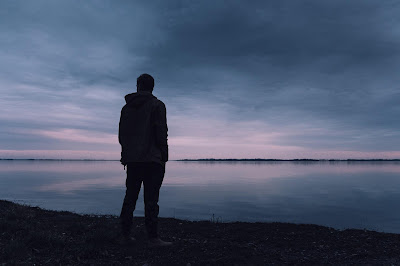 At the most basic level, humans want and need connection. And yet, when I’m lonely, I’m ashamed of expressing that need—a shame that doesn’t arise when I’ve felt thirsty, yet loneliness and thirst are both signals that my body is sending me that tell me I need something.

Connection is an issue I’ve been pondering for a while now—specifically connection between friends and peers, at work and outside. The idea of putting in work into romantic and familial relationships has been acceptable for a while now (not everywhere, true, and we still have a way to go). When I’m thinking about something, I’ll want to read about it. This winter, I spent time on Dr. Vivek Murthy’s (the 21st US Surgeon General) book, Together: The Healing Power of Human Connection in a Sometimes Lonely World.

So much about the book resonated, and I loved him speaking about moais—social networks originated in Japan that entailed five friends coming together for emotional, relational, financial, and logistical support. Dr. Murthy spoke about his own moai that committed to monthly video calls, reaching out whenever needed, and being real in their conversations. He credits it with changing his life and being a strong support system and circle of advisers that have helped him make important decisions, including whether or not to accept the surgeon-general’s position again. I lowkey but not so lowkey want one of my own!

The potential health effects of loneliness are depressing at best, terrifying at worst. I won’t go into these too much, as the book does a much better job, but it helped me understand that feeling a lack of connection isn’t an issue I can—or should—put off for much longer.

I was fortunate to be in the audience yesterday when Dr. Murthy addressed a group at the Yale School of Management, of which he is an alumnus and where I’m currently doing my MBA. He touched on the shame behind loneliness—people misreading it to believe that they’re unlikeable, or worse, unlovable.

“Your problem is not that you don’t have friends. It’s that you are not experiencing friendship.” This is what a friend of his told him when he was expressing his own connection needs. I needed to pause (as much as one can as an audience member) and let this sink in. Yes, yes this exactly. I’m incredibly fortunate to have a number of close friends whom I cherish deeply. These people have my back, and they understand me. So why have I felt this loneliness from time to time? Most of them live a few flights away from me, and I haven’t been experiencing friendship as much as I’ve needed to.

I’ve been reflecting since—hence the need to write today—and I realise I need to be better not just at expressing my needs to my networks, but also at ensuring I’m creating space for connection for others--for my friends, for my teams, for my peers and those around me, to ensure that they’re also experiencing connection and feeling seen, heard, and understood. Today’s reflection was more personal, but I believe absolutely applicable and vital to think about in workplaces.

I hope you'll be doing the same.

Posted by The Kenyan Nomad at 5:04 PM No comments: