To Be, To Listen

It was there when I first emerged into the world. It's always there, I'm accustomed to it--to the point that when it's quiet, I feel like something is missing. 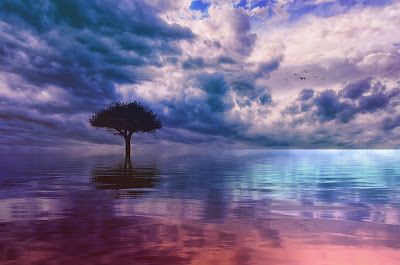 There's the constant urge to fill moments with noise that have resulted in the inability to be still and to listen. To be still. To be. Whether my phone and the myriad of distractions within, or movement, or the many books I've read, I've forgotten how to exist in silence.

Yesterday, I went on a surprise visit organised by the Executive Director of Metis, where I'm interning this winter. We ended up at Nairobi National Park, and the open greenness of the park juxtaposed with the city in the background was ideal for thinking, as was the conversation sparked my colleagues, from which two themes emerged: stillness and attention.

I could contextualise where these came from, but I think that matters less than the fact that they did. And they resonated, deeply.

I've forgotten how to be still. I've forgotten to use that stillness to pay attention in a way that matters. Instead, stillness is so foreign that it's almost frightening. That I rush to fill it--either with distractions that take me away from it or with ruminations that feed into a growing sense of anxiety about my life, about the future, about my country, about existence itself.

"Who would you be without your anxiety?" My therapist asked me this question about a year and a half ago and it stopped me in my tracks. It's a question I'm still exploring, and I'm slowly realising that the stillness that feeds my anxiety is the same stillness I'm called to pay attention to in order to dissolve it.

What does this mean for me, then?

I'm holding myself accountable, gently, kindly, to be still. To tune into that stillness and pay attention to it and to what matters. To be grateful for the ability and privilege to do so. To stop letting my head be louder than my heart.

Posted by The Kenyan Nomad at 1:30 PM No comments:


21 September 2013. A dark day in Kenya's history but one that also brought a lot of unity. Everyone came together to help. "Even the Indians," it was said. "Najivunia kuwa mkenya" was shared by Kenyans near and far.

Today, you see everyone with that beaded bracelet on their wrist. You know the one I'm talking about. Kenya on one side, the Kenyan flag on the other.

Or that feeling of happiness when you hear someone speak Kiswahili on the other side of the globe. "I'm Kenyan too!"

Don't get us started on our beaches and our national parks. They're amazing, and you should definitely check them out.

What does it mean to be Kenyan?

Recently⁠—unfortunately⁠—for most people, being Kenyan has been a passive, positive thing. We celebrate the good but turn our faces away when confronted with the bad. Somebody else's problem, right? It's easy to see differences emerge once we have to deal with the hard stuff. Especially so when our privilege means that the hard stuff actually serves us⁠—even if this is at the expense of others.

Sure, there are some things about Kenya we are willing to celebrate loud and proud. But if we truly had a shared identity and were proud of being Kenyan, it would mean that we'd be willing to put in the work to deal with the stuff that's not so great.

Misaligned incentives are at the core of many of the issues we have here. Think about corruption⁠—it serves many to engage in this. In fact, thinking about getting rid of corruption is likely to have some people squirming, because the current systems serve them. We feed into a system that serves us, without regard for those who're punished because they can't engage with it, for many reasons including affordability (strange how we think of corruption as being affordable or not, isn't it?). Let's take another issue, traffic. A similar dynamic is at play here, where people are willing to watch out for themselves, without care for how this impacts others.

I don't think that there are groups that are more or less guilty of this than others—at least, the idealist in me hopes so. However, it does seem that over time, those with the determination to make changes lose steam and give way to a commonly-held cynicism. It won't change in our lifetimes, so why bother at all?

Why bother at all?

Because Kenyans are resilient and warm and innovative. Because our entrepreneurship culture is to be celebrated. Because of a myriad of other reasons I couldn't begin to name. Because why shouldn't people speak about us they way they do Nigeria and South Africa?

What is it going to take? How do we build a shared identity, and start to strengthen that which is good in our country as we work to change that which is not?

Honestly, I don't know. I'm hoping that there will be some wiser than myself who'll read this and reach out with an answer.

What I do know is that individuals can make commitments in the right direction. Commitments to question the status quo. To believe that we can be better. For those who can, to use our privilege to elevate other Kenyans. To stop only watching out for ourselves. To be kind.

Posted by The Kenyan Nomad at 9:18 PM No comments: