'He who angers you conquers you.'
-Elizabeth Kenny

Wise words, and words that I often repeat to myself in the hopes that they'll finally start to make sense. However, sometimes my mind just doesn't want to listen. See, I have a fatal flaw. When I encounter dogmatism, I'm inclined to dig my heels in and retaliate similarly, and more often than not, this just ends up making me angry. I think my dislike of dogmatism also stems from the knowledge that I'm capable of being dogmatic more often than I'd like.

As I've stated before, changing the way others think is almost impossible to do. True as this is, it's hard to remember sometimes when faced with absolute stubbornness. While I'm partly referring to the people I sometimes encounter in day-to-day life, face to face or over whatsapp, I'm also referring to online forums that exist to facilitate discussion, but that often turn into black-and-white, right vs. wrong arguments, with each side refusing to listen to the other. Unfortunately, I'm guilty of this. If not by responding publicly to these forums, then by letting them annoy me and carrying this frustration over into other aspects of my life, and I'm sure that there are others who've also struggled with these same issues.

At the end of the day though, I realise that I've got to remember that confirmation bias* is extremely real, and more applicable to everyday life than I could've imagined, especially in a digital age that facilitates access to people who're the chalk to our cheese. Even if you've formed an opinion from an educated, well-informed and empathetic place, there will always be people whose thinking is radically different. Remembering that THEIR thinking needn't affect YOUR life is crucial; I know I would definitely benefit. We all know what they say about he who argues with a fool, right?

Have a wonderful weekend everyone!

* "Confirmation bias (also called confirmatory bias or myside bias) is a tendency for people to favor information that confirms their preconceptions or hypotheses regardless of whether the information is true."
Posted by The Kenyan Nomad at 7:00 PM No comments: 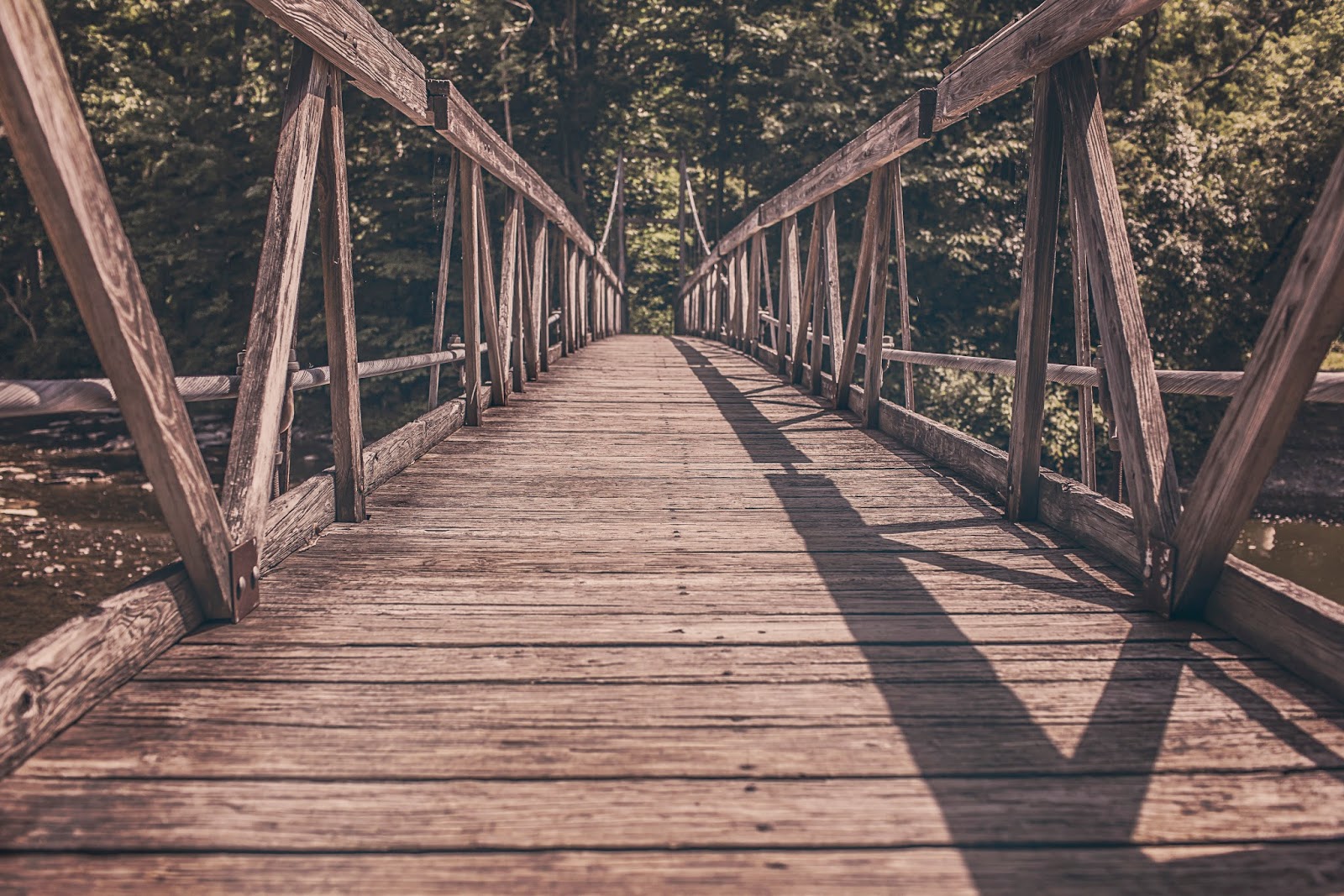 Can anyone ever really change themselves? It's a question that's been asked over and over again, with people arguing (strongly) for both sides. Nature vs. nurture does play into it at some point, as does personal decisiveness. As people, we get locked into habits and behaviours that seem to get stronger the older we get. Think hard, and you'll notice that who we are is also largely a product of the people we're around. It's crazy, but so many people I know, including my siblings and myself, are eerily similar to their parents in some ways.

The question remains; is it possible for someone to really change? To create new habits, new behaviours, new ways of doing things? Honestly, I believe it's definitely possible. Of course, in order to change, a catalyst is (almost always) needed. A person has to want to, or has to realise that something around them, about them, is not working as optimally as it should. Change is possible, but definitely needs inspiration.

'They' say that the first step is the hardest. I disagree. The first step? It's the easiest. A person recognises a problem, or something they would like to achieve, and starts to work on it. However, once they've started to implement change, it's so much easier to revert back to who they once were, to habits that have been around for years, to patterns of thinking that have been in place for a while. I know this because I've experienced it myself; personally and by observation of people around me. How do we get around this? Awareness and dedication. Awareness of ourselves, our likelihood to slip back into old patterns, and a dedication to change, a real desire that must come from within.

It really doesn't matter what inspires us. Everyone draws inspiration from different things; a strong character from a TV show, change in circumstance that forces personal change, the people around us, and more often than not, plain boredom and frustration with our current circumstances. It's still early January, and I've vowed that 2015 is going to be a year of change for me; I haven't quite figured out my inspiration, but my goals are much clearer, and the way I'm tackling them is by breaking them down as small as I can. Bit by bit, day by day, I'm trying out 'different' till it fits and feels right and till the person I show to myself and those around me is as similar as possible to the person I show everyone else. Aren't we all?

On the same note, we all wonder whether we can truly change other people. Harsh as it may seem, I don't think this is possible. Yes, we can provide a catalyst. We can inspire, we can support, we can hope, and (not that this gets many results) we can nag. At the end of the day, true change must come from within. As a famous man once said, "Be the change that you wish to see in the world."

Posted by The Kenyan Nomad at 7:00 PM No comments:

Dr. Sherry Hamby is a Research Professor of Psychology at Sewanee, and is the founding editor of the APA journal, Psychology of Violence. I was fortunate enough to take some classes with her while I was at Sewanee, and absolutely loved them. I reached out to her to ask her to write guest blog from her angle about an article I posted a while ago:

Here's what Dr. Hamby has to say:


Roshni's blog has many good insights about the challenges of emotional regulation and learning to focus on the positive.  These are challenges that all of face.  There are three main areas that help us deal with adversity and achieve the sort of well-being and happiness that everyone wants:  self-regulation, interpersonal relationships, and meaning making, which can be spiritual or religious but does not have to be.

We've identified some key skills in each of these areas.  Some of them are the same ones that Roshni has identified too—emotional awareness and emotional regulation are two of the most important strengths for mental health and well-being.  It is ok to feel upset and angry—we all do sometimes—but it is also important to recognize those feelings and make conscious choices about when and how to act on them.  Endurance is another important regulatory skill—the ability to keep going even when things are tough.  In the interpersonal domain it is important to develop compassion and empathy, to figure out ways to give back to others, and to find a supportive community. In the meaning making domain, the optimism that Roshni describes is important.  So is finding a purpose in life and getting involved in something bigger than yourself, whether through church or elsewhere.

How do you get better at these strengths?  We recommend expressive writing—even a few sessions writing about your experiences can help you better understand them.  This helps with purpose and emotional regulation.  Learning a few skills in meditation and mindfulness can also help with emotional awareness and compassion.  Volunteering helps the volunteers probably as much as it helps the recipients of volunteer efforts.  Even basic things like regular exercise can help strengthen many of these characteristics.  Recent data suggests exercise is about as effective as many other treatments for depression.

So, take Roshni's advice to heart.  We all have difficult experiences but we can still work toward greater well-being and happiness.
Posted by The Kenyan Nomad at 7:00 PM No comments:

Today, I head back to Iowa to my sister's place, and I'll be back to work at the internship on Tuesday. This marks the first time that I can remember that I've had only two weeks off for holidays, and I gotta admit; it was severely weird!!

I'm excited though, to see what these next few months will bring my way. Change is inevitable, and more so due to my current circumstances. A year ago, knowing such change was around the corner would've stressed me out to no end, but today? Strangely enough, I'm content with knowing that things are going to change very soon, and I've prepared myself to ride the wave so to speak. Of course, this doesn't mean I'm not being proactive about my future, but I've chosen to trust it more than I have, because the last time I was surprised by my circumstances, it ended up being one of the most beautiful things I've ever experienced.

I'm talking about Sewanee, of course. When I started applying to colleges and universities, I had never heard of Sewanee, and if someone told me I'd end up losing my heart to a wonderful place in Tennessee, I'd have probably thought they were crazy! However, just by chance, as I was studying for my SATs, I met an admission counsellor from Sewanee who was visiting Kenya. I decided to apply, one thing led to the next, and the next thing I knew, I was there!! I've told everyone since then that it was one of the best things that happened to me, and I hadn't planned on it at all.

If my Sewanee experience taught me anything, it's that when it comes to change, luck seems to be in my favour. Why lose trust now?

Have a great first week, everybody!

(This picture is from the official University of the South Facebook page)! 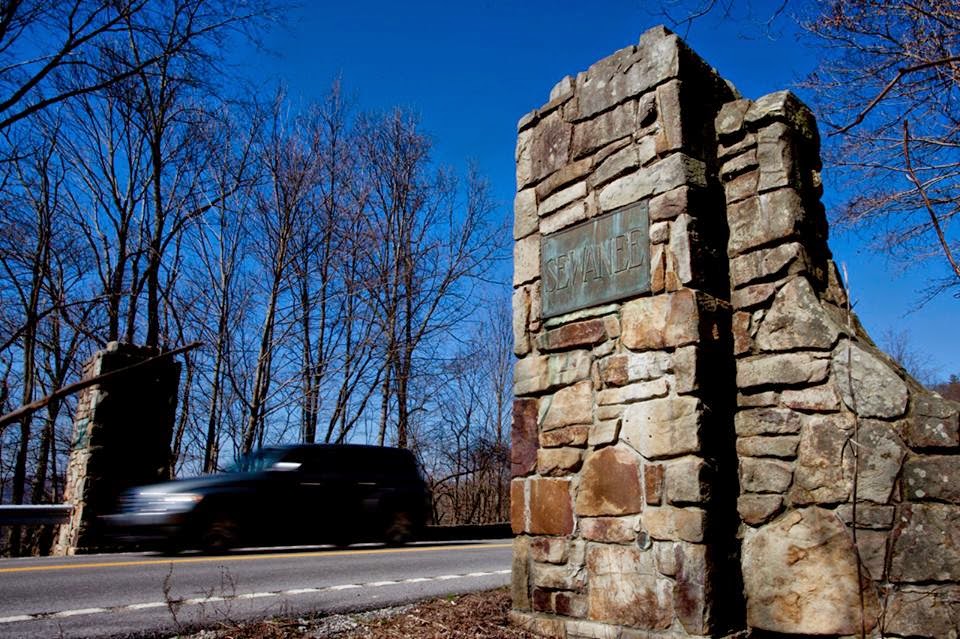 Happy New Year everyone!! This is my favourite holiday of the year. 2015 is already looking to be an exciting one, and I hope that it's as wonderful as you all deserve! I'll sign off with a picture I stumbled across about a year ago that so perfectly sums up what this day is about. Sure, New Year's may just be a date, but we're human, and thus, relish opportunities to start over, to start new, to be happy. 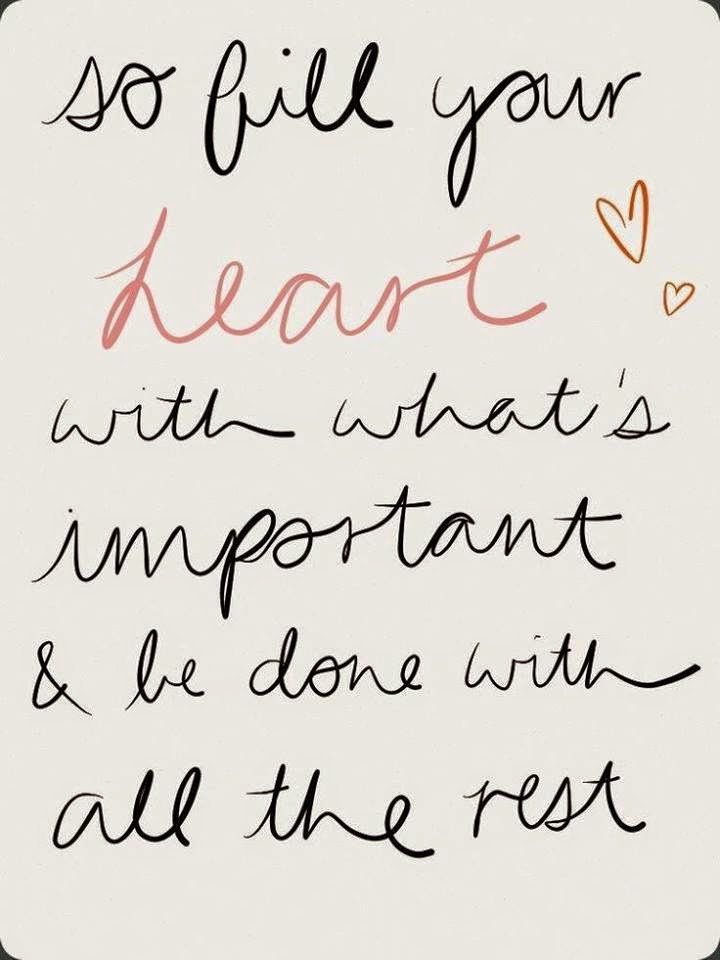 Posted by The Kenyan Nomad at 7:00 PM No comments: