I first met Vava at the Sankalp Forum in Nairobi, a little over a month ago. We were at one of the sessions, a 'service provider speed dating session', designed to put entrepreneurs together with service providers. I was there as a service provider, and she as an entrepreneur. While we spoke for no more than 5 minutes, I was impressed by her, and wanted to know more. I heard great things about her from others too.

Naturally, I spoke to her about the YWSE (Nairobi) network, and thought that it'd be great to have her as a speaker. Little did I know how soon this was to happen! This past Monday (the 4th of April), was our monthly "How She Does It" YWSE dinner. Despite the rain and awful Nairobi traffic, Vava showed up, and managed to captivate her audience very easily!


Vava aims to make bold and badass (her own words) decisions in all that she does- a phrase that quickly caught on and proved to be quite inspirational to the rest of us! Vava has been working in the traditionally male-dominated coffee industry for 10 years now, and founded Vava Coffee in 2009, with the aim of providing sustainable livelihoods for coffee farmers. "As Africa, we have become too dependent on aid," she explained. "We don't challenge ourselves."

Kenyan children are expected to follow a certain path- go to school, get a good job, get married, have some kids, and then die. However, Vava knew that this wasn't for her. As someone who's very good at seeing a long term vision, she's never been short sighted, and she's trying to challenge the view that once you go to school and leave, the first job you get will be your dream job.

"Whatever you do, you HAVE to be passionate about it! When you truly believe in something, you have to see it through, and the rest of the pieces will fall into place."
-Vava

After she finished her first degree, she knew that she couldn't go back with just one degree- she was a Kenyan daughter, after all. So, she proceeded to get her masters in International Finance from the Netherlands. Once she finished her thesis, she went home- and was treated like an outcast for a while, due to the high expectations her family had of her. When Vava, who has a background in actuarial science and finance, told her mother that she was going to quit and join the coffee industry, her mother presented her with all the invoices for her school fees, and told her to pay them back, "once she was successful".

It wasn't any easier finding a support system within her friend circle; most of them didn't understand what she was doing, or even why she was doing it. She shared a crucial lesson she learnt along the way: "If you're trying to create change and you're sure of yourself, you've done enough soul searching- it has to be more than the money that drives you." In her own words, what has happened in her life so far has been phenomenal.

In a journey like Vava's, there are bound to be moments where one would want to quit, and it is crucial to find a good support system, be this physical, virtual or both. Her lovely daughter, Timanoi (who attended the dinner too), is a great support system, who from time to time reminds her mother "Mama, you can't give up!"

When you want to quit and don't have support, the right people will stick around. Vava does advise, however, never to share all your problems with others. She also stressed the importance of having a virtual support system, great people whose quotes and stories resonate and help you push forward. For her, two of these people are Steve Jobs and Nat Robinson (author of Creating a Cash Cow in Kenya).

Sometimes, it's hard to realise how something that is happening at the time can actually be for our benefit. While Vava was staying with her mother, she was given 7 days notice to move out and find a place of her own. This pushed her to work harder and do better, and she credits this as being one of the factor that brought her to where she is today. Parents in Kenya have a tendency to shelter their children- Vava mentioned the fact that it's not uncommon to find children of 35 or 40 living with their parents, and unconsciously expecting to be spoonfed. The education system doesn't help with this, as more often than not, children tend to just cram and regurgitate, and expect to be handheld. According to Vava, children from educational systems abroad are all rounders, capable of thinking outside the box, and are more adaptable. The moment you start having real responsibilities in life, you start learning and growing, and for Vava, this experience definitely helped her do both.

Some questions members of the audience had for Vava:

What have been some of the biggest moments you've had that've made you feel like everything has been worth it?

Honestly, the best moments have been when my farmers are happy. Recognition is good, but money is also important; I have previously said no to awards that have no money. A funny moment that happened recently was when I toasted with my six year old daughter. Me: "Here's to making change and increasing impact." Her: "Here's to making money!" I've created a monster!

(Vava also works with women from Kibera, an informal settlement in Nairobi, who work to make the gift bags for the coffee produced.)

There have been times when the women in Kibera have prayed for me, have been there for me, have given me encouragement. Most of them are HIV+ and they don't have a lot to give; they really helps me to put my problems in perspective. They're joyful. There's a lot we can learn from these women!

Other moments that count are when my clients are happy, and when emails come in telling me that I inspire people. Funnily enough, theses emails always come in when I need them most. They make me cry and inspire me to get up and get going.

What are some of the challenges women entrepreneurs face?

Many in this country- especially if you're outspoken! When going to a bank for money, it's not uncommon to be asked questions like "Does your husband know what you're doing?", "Can't he give you money?" or even "Does he approve?".

My advice? Let people think you're crazy. Our society hasn't yet absorbed the strength of a woman!

I entered a traditionally male-dominated industry, and everyone thought I was crazy at first. However, now, the people who used to laugh at me stand up and listen when I have something to say.


Not only is Vava an inspirational entrepreneur, but she's also won many awards for what she's done including the top 12 social enterprises worldwide from the BBC world challenge program! Interested in learning more about Vava? Check out her website and Facebook page! Let's all strive to be bold and badass like Vava, shall we? 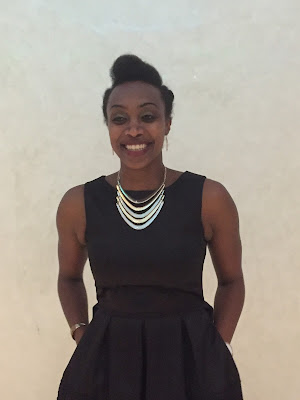