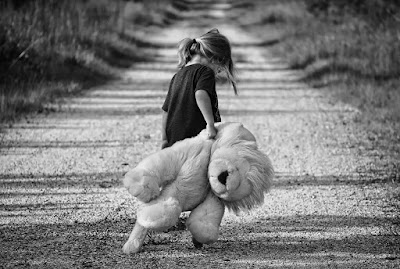 It's an internal mantra I've been experimenting with this month, inspired by the person I'm lucky to call my best friend, rock and role model - and I'll be the first to admit, I had no idea it would be so hard!

Where did this stem from, first of all? As I've probably mentioned before, I believe in continuous self-improvement, and sometimes this entails experimenting with different things that may work for the stage I find myself in.

One of the things that I strive to practice is being a kinder, more understanding person - both to those around me, strangers or otherwise, and to myself. I admire those people who ALWAYS exude compassion and strength - my best friend being one of them - and strive to learn from them when I can.

So, back to empathy and compassion. It's something I've been saying to myself when I encounter various situations or something that annoys me - not always, but sometimes. This could be anything from frustration with myself, a depressing news article (don't we have so many of those nowadays?), or an idiotic driver (empathy and compassion, empathy and compassion) who decides that their need to get to their destination should be prioritised over the similar needs of others.

Sometimes, this is immediately effective at helping! I find it very easy to react when others make decisions that seem silly or hurtful - for example, someone being rude - but by taking just a moment to remind myself to be empathetic and compassionate, I find it much easier to think about the intentions or drivers behind their actions and judge those instead of judging their actions. Someone whose elevator etiquette may be lacking may simply be having a stressful day and be in a rush to get to where they need to be.

To give you an example, there seems to be a never ending river of vitriol online responding to various situations or the other (NEVER read the comments!). I've been especially disheartened to see the responses people have to those who, for example, have endured sexual abuse - seemingly born out of a perceived challenge to their existing ways of being and living and operating (entitlement).

Another example - I read a news article in the morning about a reporter who had been working to expose corruption in a European country and was found brutally murdered - someone thinking that it's okay to silence the voice of another that way (entitlement).

And another - whenever I've realised my own dogma around my ways of being and values (entitlement).

I always find it interesting coming across and directly confronting (what I see as) inadequacies, or things I can improve on, about myself.

I read somewhere that what irks you most in others is a reminder of that which you fear in yourself, and I do think this is true. Humans. We definitely are a weird species, aren't we?

What's the key takeaway of this?

We're not perfect - we never will be - but hopefully by remembering to practice empathy and compassion from time to time, we can make the world an easier place to live in, and by choosing to confront entitlement within ourselves, we can make this an even smoother process I hope.

I have tried, especially this year to be more empathetic to people. Whether they are smiling, or yelling at you, assume they are probably going through something that you can't and may not understand. The understanding of that, alone, is enough for that person. Agreed, more compassion needed and less hate in today's world of horrible social media bullying!

Thanks a lot to share this kind of material.
https://blog.mindvalley.com/compassion-vs-empathy/