If you haven't yet read the post I did a few weeks ago about letting go, you can have a look here! Part two brings in perspectives from some more people - a huge thanks to my contributors! 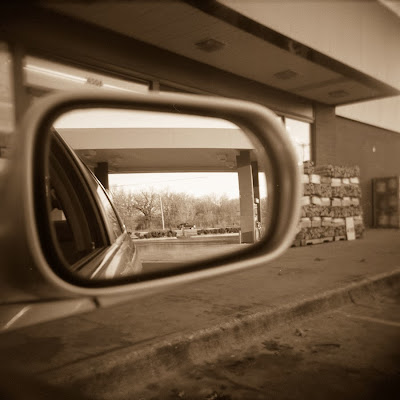 From the time I was born, my nana and grandpa have always been a major part of my life. My grandpa would pick me up three days per week from school and gladly bring me to 7-11 for a classic blue raspberry Slurpee. I would go back to their home and my nana would often have sticky buns and make me a grilled ham and cheese sandwich for dinner. I grew up learning how to play cards from my grandpa on the engraved card holder that he built in his workshop. I learned how to be kind from my nana and to appreciate the small things in life. These two individuals are the most selfless individuals I have ever met. I am proud to call them my grandparents.
My nana was the first to pass away, while I was a sophomore in high school. For my entire life she had been living with multiple sclerosis – she had lived for so long in so much pain but not once can I remember her complaining. It was difficult to lose her, but I believe everyone in my family understood that for the first time in years she would no longer be in pain. There was a sort of comfort in these thoughts that brought us all closer. Even for my grandpa, who had been married to her for almost 50 years, I could sense a sad relief knowing that she was able to feel better than she had in a very long time. In my eyes, this was one of the most selfless acts and I admire him for saying goodbye so gracefully and with such bravery for him to carry on with his new life.

My grandpa passed away my junior year of college. He had congestive heart failure and his heart was failing him as time passed by, but his mind was the same as it had ever been. He had been playing cards every week with friends, attended every Lion’s Club meeting and would never miss an event. He never failed to call my mother to say goodnight and chat every night at 9:00. My parents, brother, and I went to visit him on his last day and spent time catching up, joking about life, hearing him sing some Irish diddies and tell a few of his countless Irish riddles. None of us really knew it was his last day, but I believe he expected it more than anyone. He called every one of his friends that day to thoroughly enjoy one more conversation and unknowingly say his farewell. He ate the ice cream sundae which he had been eagerly awaiting all week and passed away in his sleep.

Somewhere, my grandpa is dancing with my nana - he with a glimmer in his eye and she smiling so candidly in an elegant dress. Though it has been years now, there are times that I miss them so strongly I can barely keep it inside. These nostalgic feelings are paired with the fond memories I share with the rest of my family. I admire and aspire to have grace and strength like my grandpa to say goodbye, but it’s a work in progress. So I find myself passing by a silk scarf or watching an old “I Love Lucy” re-run or hearing an old Irish diddy, and the two of them live on within me.

In the context of relationships, I’ve found that there are two sides to letting go. The first is where you consciously have to make the decision to let go of someone, and the second where the decision is made for you (be it down to another person’s decision or just circumstance).

Having experienced both angles, I think making a conscious decision to let go is the more difficult side to deal with. The mere fact that this is something you’re deliberating highlights the fact that there’s an internal conflict you’re facing – and being in this state of uncertainty I think is in itself the issue. While letting go isn’t a decision that’s easy or something that should be taken lightly, being lost in the middle is probably worse than making the ‘wrong’ decision. The way I see it, 50% of the time you’ll make the right choice and the other 50% will still give you a second chance – humans are an extremely forgiving species, and life gives you new opportunities every day. Meanwhile not choosing to pick a side leaves you wrong 100% of the time!

Being on the receiving end of a decision to let go is something I’ve actually found to be much easier. While it may be harsher and more intense, it’s also cleaner. From the receiving end, I was (eventually) able to take comfort in the fact that some things were out of my hands and therefore I couldn’t have any regrets for the things I could not control. All that was left to do was to go through the motions that followed and come out the other side.

It’s easy to lose sight of reality when the relationship you’re letting go off is with someone who has increasingly become such a core part of your identity.

The situation by default is typically very emotionally charged and it’s hard to see past emotions with clarity of judgement.

My advice would be to reason the relationship out with logic and confide in someone if it makes this process of being objective with yourself any easier... the sooner you are able to accept that letting go is the best way forward, the easier it will be for you to overcome the accompanying discomfort that the change will bring.

Lastly, never let the storms of the past discolour your experience of the present - especially when it comes to seeking out new relationships.

Being let down or disappointed once, twice or even thrice is not reason enough to deny the world from benefiting from everything you have to share! Because remember: you are MORE than worth it.