Jumping (Off) the Bandwagon 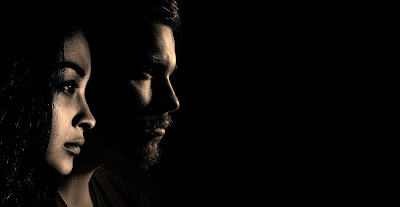 Counter-intuitively, sometimes it's easier to stand up to a crowd in public than a single person in private. We go around flaunting our beliefs behind the handy anonymity of the Internet, but when asked to defend them in front of a room of peers, we pause. Having avoided direct confrontation, we're relieved, but fail to realise that we've only postponed the inevitable.

Is it that we're so afraid of confrontation, of having people disagree with us, that we fail to stand up for who and what we believe in? I've seen this happen so many times, and I daresay, have been guilty of it myself. We stick by previously established status quo, yet later complain that 'nothing is changing' and wonder where the problem lies.

Change was never born out of agreeing with the masses just for the sake of it. Whether we're changing the mindset of a people, or the routine of an individual, change will require pushing ourselves out of the comfort zone, often alone. It's absolutely okay to be the first friend or family member to believe in something and to have the conviction to stand up for it. Even if others disagree with you, the realisation that we can respect others' opinions even if they differ from ours can come in extremely handy.

Yes, it can be scary being the first person to step up and say 'this is wrong'. Expressing dissent can often be seen as a sign of aggression, but learning to stand up for your beliefs will help dispel these notions.

Think about this - a few years ago, people thought it was okay to treat people differently based on the colour of their skin, or the gender they identified with. Okay, yes, unfortunately, we still do have some people who think like that - but fortunately, or so I'd like to believe, they're a group that's getting smaller and smaller. One day, somewhere in the past, someone stood up and said - you know what, this ISN'T okay. Some shouted this, some whispered it, but you can imagine the backlash they faced.

Nowadays, more than every, when we're being confronted by a lot of - dare I say idiocy? - everywhere we go, on the news, on the streets, globally, more than ever, we're all being called to action. Called to actually THINK about what we're doing. WHY we're doing it. How we can be more compassionate - to those around us AND to ourselves. And if we find that our actions, our behaviours are not aligned with our values - then maybe it's time to stand up for what we believe.

Posted by The Kenyan Nomad at 9:04 AM